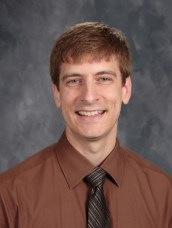 Rev. Joshua Reifsteck has served as Associate Pastor at Calvary since June 2017. After growing up in the southwest suburbs of Chicago, he studied at Valparaiso University and Concordia Seminary. Pastor Reifsteck is married to Laura, whom he met at Valpo, and they have a son, named Theodore. When not chasing Theo around the house, Pastor Reifsteck can typically be found working on the house, reading books, playing video games or board games, or studying the sermons of a fourteenth-century Dominican monk named Johannes Tauler, who was particularly influential on Martin Luther.